1) How is Child Support determined?

The legislature by statute has adoptedChild Support Guidelines. The amount of child support under the Guidelines will be based upon percentages (based on the number of children) of the support payor's "net resources" (as defined in the Guidelines). For example, the guidelines require the payor to pay 20% of his "net resources" for one child, 25% for two children, etc. Most courts generally follow the guidelines in the usual case, absent unusual circumstances. There are also changes in the percentage if the payor owes a duty of support for other children not in front of the judge. There isa top net resource of $7,500, which occurs at an income level around $120,000per year. To receive child support above that amount, one must show actual needs of the child.

Other "child support' is also required in the form of health insurance for the children, orders requiring the payment of non-covered medical expenses, etc.

2) How long is child support supposed to be paid?

Child support is due until the child turns eighteen or, thereafter, until the end of the school year in which the child graduates from high school.IMPORTANT: If a child is mentally or physically impaired to the extent of requiring continuous care, child support may be ordered to be paid indefinitely past the child's 18th birthday. If this is the case with any of your children, be sure to inform me.

3) How is child support supposed to be paid?

The Family Code requires that, if the support payor is a salaried employee, the payor's child support (or a portion thereof) be withhold from his wages by his employer and paid directly to the custodial parent. Although this can be waived, it rarely is.

Child support is usually ordered to be paid through the county agency charged with recording child support payments, which agency then keeps a record of all payments received and forwards the payment to the child support recipient. A major reason this is done is that, if the support obligor fails to pay support as ordered,the agency has attorneys who will usually represent the payee free of charge in a future contempt hearing.

Please complete all required fields below.

This contact does not create an attorney-client relationship. Do not use this form for solicitation. 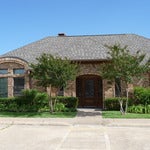