FIRST RIGHT OF REFUSAL - WHAT IS IT?

First right of refusal is an agreement between parents that if one of them will be absent from the child for a specified amount of time, that parent will contact the other parent and offer them the chance to be with the child before arranging for a baby sitter. This term or concept is not found anywhere in the Texas Family Code.  So, judges in Tarrant County rarely order the "first right of refusal" after a trial. If the parties want language about this in their Final Decree of Order, they most likely need to come to an agreement to include that provision.

When is "first right of refusal" language not appropriate?

1.  If the parents do not get along and the relationship is a high conflict one.

2. If there has been family violence

3.  If parents do not communicate well.

Another potential pitfall with "first right of refusal" is that it will allow each parent to know exactly what the other parent is doing in his/her personal life.  That may become too intrusive in the long run.

One option is to agree that if a parent will be away for a long period of time, like overnight, the other parent gets the "first right of refusal" to keep the child.

Anita is Board Certified in Family Law by the Texas Board of Legal Specialization and has practiced Family Law for more than 20 years. Anita enjoys helping individuals and families navigate the complex legal and emotional aspects of Family Law. She graduated from the University of Houston in 198...

PARENTING PLAN - WHAT IS IT? DO YOU NEED ONE?

RESIDENCY RESTRICTION IN A DIVORCE CASE 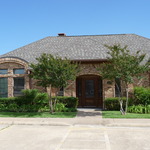